What Is Data Roaming? 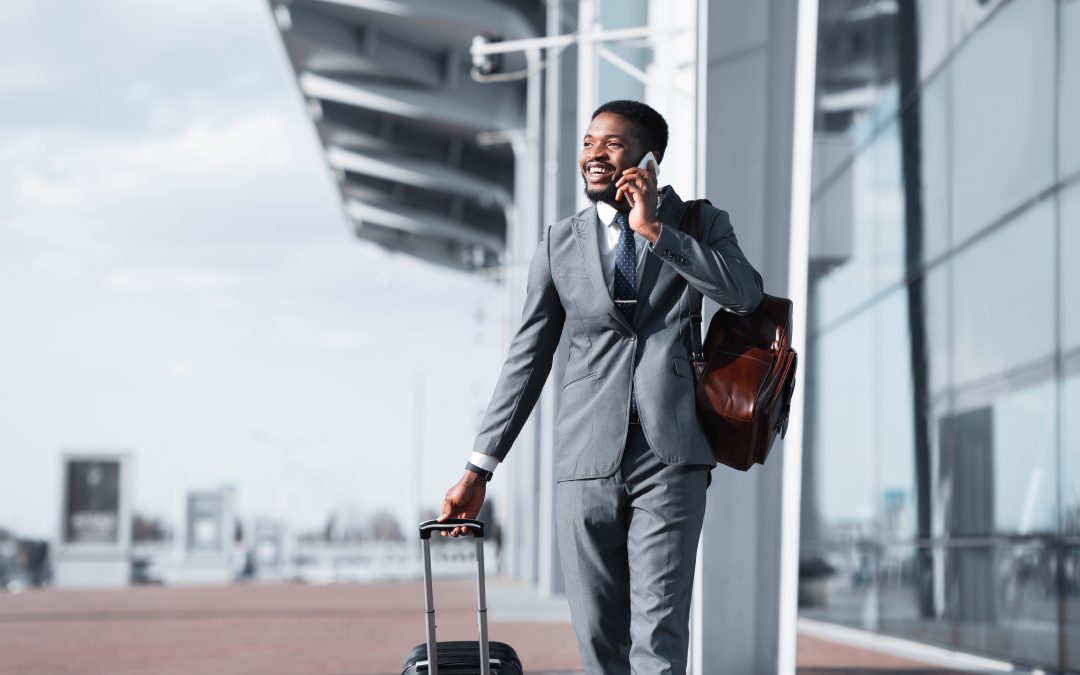 If you have ever surfed around your phone settings, you have probably seen the “Data Roaming” setting. It may be enabled or disabled, and it does different things depending on where you are.

If you spend a significant part of your life traveling long distances, knowing what data roaming is and how your carrier treats it could be a lifesaver. It will allow you to use your phone as you travel without being worried about huge bills.

Learn below what data roaming is and how it affects various aspects of your cell phone plan.

What Does Roaming Mean?

Data roaming is what happens when your phone goes somewhere where your primary network has little or no coverage. Usually, cell phone carriers have partnerships with each other to help their customers still get service without having to switch SIM cards.

As a result, your phone will seamlessly jump onto the carrier with a stronger network, but you still use your phone as if you’re on your regular network. Depending on the carrier, you may be charged extra for the convenience of not having to change SIM cards. For example, Teltik does not charge extra for domestic roaming, even though some carriers do (more on this later).

What Does Data Roaming Do?

Suppose you are a US citizen who uses a cellphone service provider that gives you 4G data and a phone signal. Summer has reached its peak, and it seems like a good time to travel to Europe for a vacation. You go to Spain to sit by the beach and you’d still like to stream your beloved podcasts and YouTube videos as you sip cocktails and get tanned.

There’s just one problem: Your carrier doesn’t have network coverage in Spain. So now you’re in Spain, and you need a new SIM card from the local provider, Movil Espana.

It’s expensive and tedious to get a SIM card, register for a plan, set your APN and buy a package, all for a week-long trip. And that’s assuming your phone isn’t locked to only use your carriers signals.

Your carrier has foreseen such scenarios, so they have made arrangements with different carriers in different countries, including Movil Espana in Spain. In return, when Movil Espana customers come to America, your carrier will give them a phone signal and will support them on their local plans.

What Does It Mean When Your Phone Is Roaming?

Because of this arrangement, once you land in Madrid, your phone automatically picks up Movil Espana. Now you can receive service as though you’re still in America, but most likely for a fee. You may pay a little more for the convenience of not having to change SIMs or registering a new line.

Depending on your settings, your phone won’t automatically pick up Movil Espana network when you land; you must turn it on. Once you manually turn on Data Roaming in Settings, you can enjoy 4G coverage and use your phone as you normally would. Your screen will show the local network, but your plan will be the same as the one you were using back home.

What Is Domestic Roaming?

Even within America, cell phone carriers have roaming agreements with one another so they can cover each other when customers go places that have little or no coverage. The jumping from one network to another locally is often seamless so you won’t even notice that it’s happening. You just keep texting, calling, and accessing the internet as usual.

What Is International Data Roaming?

International data roaming is what happens in the above example. In many countries, American cell carriers have made roaming arrangements with local providers to give uninterrupted cell service. However, you may pay extra to use the privilege. The cost varies according to the home and foreign network involved.

Check with your provider to see what their international roaming charges are. If you aren’t able to switch to a cheaper carrier in time for your trip, buying a local carrier’s SIM may be more cost-effective, especially if you will be away for a long time.

What Is LTE Roaming?

LTE roaming simply means you can use LTE services by another carrier, not your regular LTE network provider.

If you travel outside of the coverage area of your regular provider, whether domestically or abroad, you won’t access services. That is, unless you activate data roaming — and this may come with data roaming charges, depending on your carrier.

What are Roaming Charges?

Teltik gives free data roaming on domestic networks, for example, but very few other networks allow free domestic roaming. Before a long-distance trip or a trip abroad, find out whether your provider has extra charges for data roaming.

Sometimes, your phone may attempt to use roaming services even if your carrier is in the area. This happens if the other carrier’s network is stronger than your primary network. But you can limit this when you disable or enable data roaming.

How do I know when to turn data Roaming On or Off?

To know whether to use data roaming or not depends on your destination and your need for the service. As a general guideline, it is better to keep the data roaming setting off and then turn it on manually when you need to use your cell phone.

How to Turn Off Roaming

On Samsung Galaxy and similar Android-powered devices, navigate to your Main Menu (swipe down on the home screen) and choose Settings>>Wireless and Network>>Mobile Networks>>Data Roaming. If the box has a check or slider for on or off, uncheck or slide it off.

On an iPhone, choose the Settings app from the home screen, then select General>>Network>>Data Roaming. Turn the slider off and do the same for Cellular Data.

Many people ask, “What is the difference between data roaming and mobile data?” The phrases ‘mobile data’ and ‘cellular data’ can be used interchangeably. Phone data/mobile data is simply the ability to use uninterrupted mobile internet services given by your primary provider.

Data roaming is the same, except you use a carrier other than your primary signal provider. So on data roaming, you access the internet with another network’s coverage.

The data speed or roaming speed for both options depends on how strong the signal is, and whether the provider has 4G or 3G coverage. The latter will have slower internet speeds, whether it’s from your primary provider or a roaming network provider.

Now that you know all the basics of data roaming, cellular data, and their roaming charges, you may wonder what the best roaming service provider for you would be. Depending on the amount of data, text, and talk you need, as well as your home address and where you are traveling to, different carriers have different plans.

Be sure to research extensively before your trip to avoid any nasty surprises when you come back home, and enjoy your trip!