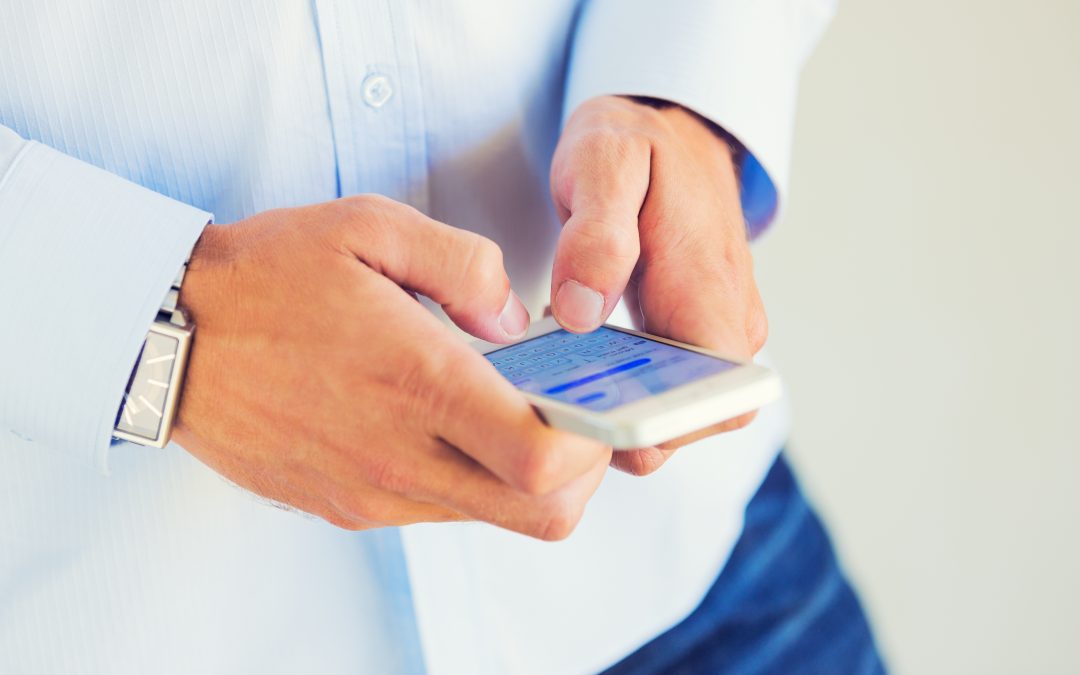 On Dec. 3, 1992, the first text message was typed on a computer by engineer Neil Papworth, and delivered to Vodafone director Richard Jarvis. That first-ever SMS message read “Merry Christmas.”

Who knew that texting originated around the time that today’s millennials were just kids twisting the curly phone cord all the way across the house just to have a “private” conversation away from their parents’ prying ears. SMS hasn’t changed much since the 90s and teens, even keeping the character count to 160.

But what if your messaging could do more, today? Especially for your business? Gone are the days of trying and failing to first text, then email and finally cloud-upload large files thanks to Advanced Messaging.

What Is Advanced Messaging?

Advanced Messaging is T-Mobile’s successor for SMS, and it utilizes Rich Communication Services (RCS) to enable the transmission of more data with a simple tap between T-Mobile users. RCS was originally formed by a group of industry promoters in 2007 and brought under the wings of the GSM Association, a trade group, in 2008.

If a form of advanced messaging was around way back then, why wasn’t it released to the masses? Unfortunately, carrier participation and additional factors prevented it from gaining traction for a decade.

What about Google RCS, and what is the general state of the RCS rollout?

Google announced its collaboration with major cell phone carriers globally to adopt the RCS protocol in 2018. The result is RCS Chat, the protocol founded upon the RCS Universal Profile — a worldwide standard for enacting RCS that allows subscribers from different countries and carriers to talk with each other — intended to eventually make SMS irrelevant.

Google’s RCS Chat has evolved to look like iMessage and other apps for messaging, but extras are in store for the future. Google has been in collaboration with companies to add additional features to Chat to improve communication, such as branded informational messaging and the ability to share content like video clips, live updates, images and gifs. Chat could work on iOS with Apple’s approval.

Does Chat have RCS encryption? Unfortunately, chat doesn’t provide end-to-end encryption like Signal or iMessage. Chat has the same legal intercept rules as its SMS predecessor. Each carrier differs in what they offer, as while RCS is a universal standard, as of now carriers implement it in their own ways. What that means is that, for now, T-Mobile’s Advanced Messaging only works if the people on both ends are using Advanced Messaging. It currently allows users:

How to Turn on Advanced Messaging for T-Mobile

You must have Advanced Messaging capable devices, which means that all devices in messaging conversations must support T-Mobile’s Advanced Messaging. The Messages app is either updated via a software update or ready to go directly out of the box. The devices either need to use T-Mobile WiFi Calling or the T-Mobile 4G LTE network (with VoLTE turned on).

But will Advanced Messaging work across carriers? T-Mobile is committed to launching newer and more meaningful services and features that provide customers with the best experience.

On June 28, 2018, T-Mobile announced that the network supports Advanced Messaging on select devices and that it’d be up to other carriers to adopt Universal Profile 1.0 standards to enjoy the next-gen features across providers.

The good news is that all four major U.S. carriers — Verizon, AT&T, Sprint, and T-Mobile — have reached a better and more progressive agreement for the Cross-Carrier Messaging Initiative (CCMI). They are joining forces to provide RCS messaging for Android smartphones across the U.S. in 2020. This will make business to consumer messaging more engaging and allow brands to be more diverse with their marketing strategies.

Google pushed for RCS messaging on Androids devices in the past few years. However, carriers desired a more universal approach that would still allow them to maintain and develop special brand features. So, Google rolled out RCS messaging independently, which is now challenged by the 2020 Cross Carrier Messaging Initiative.

To enable the service, the CCMI venture is developing the interoperable, standards-based messaging service beginning with Android and expected to deploy in 2020. CCMI promises to:

Universal RCS protocol is coming this year, but for now, make it your New Year’s intention to level up your business to consumer communication with T-Mobile’s (Universal Profile 1.0) Advanced Messaging and get ahead of the RCS rollout. Turn on T-Mobile’s Advanced Messaging on your Teltik cellular business plan, and your engagement is set to skyrocket.