What Is 5G? How 5G Will Change Everything 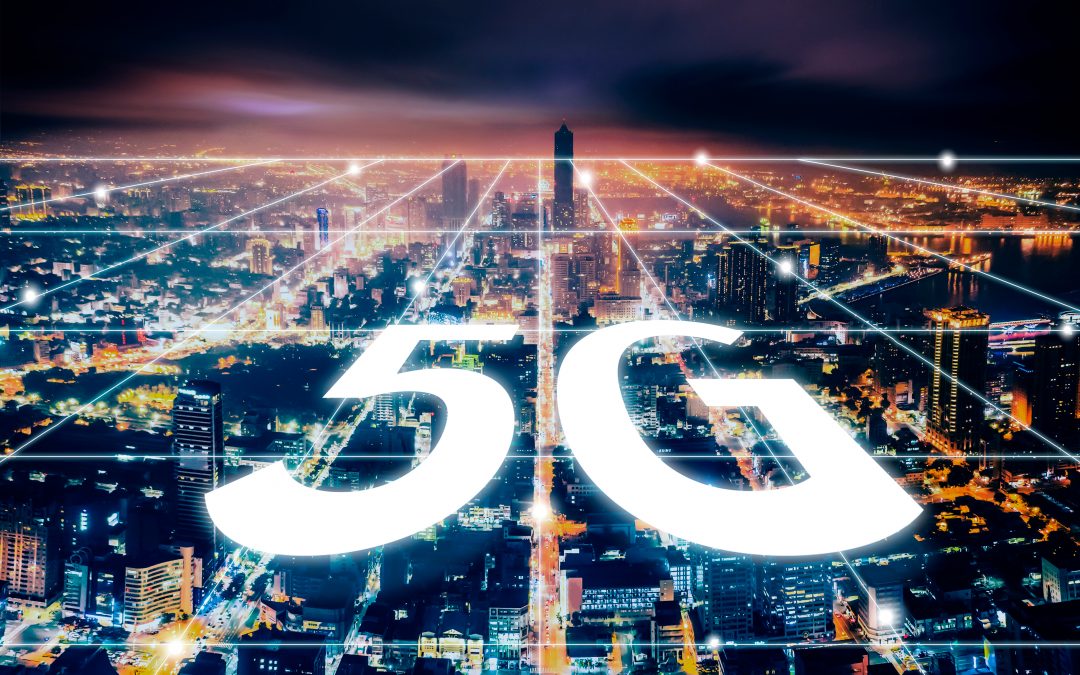 After years of anticipation, 2020 will be the year when the next generation of wireless comes to market in the form of infrastructure, mobile devices and residential services — an advancement expected to revolutionize how we connect globally.

But what does 5G mean? What will 5G do exactly, and when will 5G be available across carriers?

How Does 5G Work?

The transition to 5G, or new fifth-generation networks, will affect how you use smartphones and many other devices. Look out for more 5G phones and 5G equipment in 2020!

5G is a collection of technical foundations that define how a cellular network works. This set of rules includes the type of radio frequencies utilized and how different components like antennas and computer chips handle those signals and exchange data.

Since the 1970s, when the first cell phone prototypes were revealed, engineers have gathered to agree on specifications for cellular network operation, with a new tech generation defined every ten years on average. Now, 5G makes its debut in 2020, which means that users will need to buy new phones to get the benefits and that carriers must install new transmission equipment to offer this much faster and efficient service.

Millimeter wave spectrum, or mmWave, is the spectrum between 30 GHz and 300 GHz. Falling between microwave and infrared waves, this spectrum can be used for high-speed wireless communications.

The 5G spectrum will have a better range than 4G because it can penetrate across three bands: low, mid and high. 5G networks can be built in different ways from multiple bands of wavelength spectrum, combining the low-band, mid-band, and high-band frequencies.

How does 5G’s frequencies perform? High-band millimeter wave frequencies have greater bandwidth available to be able to carry more data in dense urban areas, but it requires cell sites to be in close proximity, and it has limited penetration in buildings.

Mid-band balances range and speed, providing wider coverage than high-band, since it’s not majorly impacted by buildings. Unfortunately, a large portion of its bandwidth is already being used, so 5G growth does not have much space to occupy there.

Low-band crosses more distance than other bands — one tower can cover hundreds of square-miles — and it passes through more obstacles. This will give 5G a more reliable and improved signal indoors and belowground. Even at these low frequencies, 5G’s internet speed will be quicker than current 4G LTE thanks to its advanced technology.

This new 5G era is leaps & bounds ahead of 4G wireless technology, by providing mobile internet speeds that will allow you to download movies within seconds, and it will usher in significant changes to consumer culture. It will provide opportunities to innovate within many vital fields.

Latency, the time it takes to receive a response to sent information, will be greatly reduced with the advancements that 5G offers, and that’s a good thing. 5G’s lower latency will empower mobile networks to do more cool and innovative work, such as speed up multiplayer gaming, advance medical technology and propel self-driving cars.

What’s Ahead For 5G and IoT: How That Makes Life Better For You

It’s not just about faster phones. 5G will deliver much more than instant downloads. 5G is in its infancy, and most consumers are still getting a grip on what 5G is.

In 2019, consumers saw the beginnings of 5G ease into the market with expensive 5G smartphones and the initial release of 5G in select cities. It will still take a while for 5G to blanket the country. However, once 5G spreads, access to its speed and power will be ubiquitous and 5G and IoT will boom.

But what will be the bigger impact of 5G on your life beyond having a faster phone?

Yes, 5G could replace home broadband and bridge the gap between rural areas and cities.

Instead of paying a cable company to wire your place and hook you up to the internet, you could install an antenna that beams 5G into your home from a cell tower. For rural areas where laying cable is expensive, obtaining a 5G signal from an existing tower would be more affordable.

5G healthcare envisions a future with remote diagnosis, providing faster assistance to patients in remote and rural areas who cannot travel for appointments or treatments. Doctors can bring in specialists through vast distances to help treat patients or advise during complex surgeries. Wearables can be always connected, giving reliable, real-time remote monitoring to far-away doctors.

5G will provide children and learners of all ages with more educational tools. Menial administrative tasks can be automated. Imagine bringing augmented reality into the classroom or to job onboarding.

Envision instantaneous alerts where emergency services respond faster and can receive real-time reports from the public regarding safety hazards or threats of violence.

Imagine 5G autonomous vehicles that avoid and prevent accidents and allow you to invest more time in yourself and your loved ones. Stress from traffic will be cut down by communicating with other cars nearby to facilitate smooth traveling.

A 5G connected car will also allow you to instantly connect in ways you never thought possible. However, expect a slow rollout on innovations as automakers learn more about integrating the 5G cellular network in the years to come.

Carriers Will Each Roll Out 5G Differently

The big four mobile carriers include AT&T, Verizon, Sprint and T-Mobile, pending a possible merger between the two latter. How will T-Mobile and Sprint 5G affect internet speed? How does AT&T compare to Verizon 5G?

Here’s the current rollout and stats of 5G by the big four carriers per a July 2019 report by CNET:

Verizon provides consumers with the largest US network by population coverage, with T-Mobile second, AT&T at third and Sprint in fourth. The report places Sprint at a strong beginning with 5G, and T-Mobile 5G held its weight in CNET’s New York testing. If the Department of Justice approves the merger of T-Mobile with Sprint, T-Mobile will be a strong 5G opponent against Verizon and AT&T.

Unfortunately, U.S. carriers don’t have enough of the right kind of bands for fast but far-reaching 5G. They have plenty of high-frequency, ultra-high-speed millimeter-wave spectrum that should yield a connection faster than many of consumers get at home, but that covers so little ground that it won’t work outside of dense urban areas. The low-band frequencies they use today, meanwhile, won’t deliver much faster speeds. They’ll be 5G, but the downloads may feel more like 4.3G.

The infancy of 5G already has people confused about what exactly this new cellular network is and what it means for folks. However, it also means a messy release for some carriers and their clients. Some carriers will struggle to provide 5G at the speed and coverage level they like.

U.S. carriers have many high-frequency bands that will increase the speed of cell phone users while out and about but some carriers may limit these to urban areas, such as with the limited rollouts in major cities currently.

Low-band frequencies that are 5G may feel more like a slightly elevated version of 4G when downloading. Meanwhile, 5G can go on bands that couldn’t be previously used, like the mid-band spectrum where 5G could happily sit and solve many customer issues initially.

The 5G Launch to Customers

Carriers must go back to the age-old mission and marketing questions of “Who are my customers? What are their needs? Where are they on the 5G coverage map?”

How will carriers get around potentially disgruntled customers? They can try to make it so that phones can switch to the best network at the moment.

Carriers already cap video for many customers to prioritize data usage and make it fair for everyone so video traffic doesn’t eat up all the bandwidth. So, you may continue to see that. Tossing in free streaming media to entice customers to sign up for higher-end packages doesn’t exactly solve the problem of speed, need and affordability.

Ultimately, it still comes down to a business decision, and one carrier has made it. T-Mobile launches 5G now, planning to bring 5G to 97% of American consumers within three years.

Right now, you can get 5G in a few major cities as carriers continue to develop their rollout plans, but it looks like T-Mobile is the only carrier that means business when it comes to rolling out 5G in real-time on a real timeline.

Teltik is proud to be a T-Mobile reseller, and we’ve got your business covered on the go today. Let’s get you connected on 5G today.